How Electricians Do the Amazing Jobs They Do

While electricity is essential for a business, it can be deadly. Thus, you need to be diligent in checking and maintaining the system so that you don't encounter problems, and you adhere to workplace regulations. Particularly if the building is old, it might need rewiring. Consider the following reasons for undertaking this kind of upgrade.

The primary reason for rewiring is safety. Live wires encased in an insulating layer carry potentially deadly energy through the walls to various outlets, thus allowing your employees to plug in numerous devices. However, wires inevitably deteriorate. Such wires pose a hidden danger as you can't see what's unfolding behind the walls. By rewiring the circuitry, you'll know that no perilously degraded wires are putting your workers and business at risk.

The wiring and sockets on modern electrical systems block power surges that can otherwise destroy equipment and appliances. Sudden spikes are inevitable, but you'll have peace of mind knowing your electrical setup protects your machinery and computers. Some older systems don't have this defence, and expensive gear is at risk.

Electrical problems can lead to fires, but you can protect yourself by rewiring the building. Faulty wiring and flickering lights can cause sparks that trigger a fire. Deteriorated wires lying against wooden structural elements within walls are a particular accident waiting to happen. Overheating is another problem which can be caused by workers plugging in too many devices to the circuitry.

One clue that you need rewiring is if your business relies on power strips and extension cords to power everything that you require. The circuitry can cope with a particular strength current. Each circuit in the whole connects to distinct outlets and elements. Thus, the lighting might be on a specific circuit, along with some outlets. Other circuits might power large appliances like the heating.

By burdening the electrics with multiple power strips and extension cords, you upset this balance, and you risk overloading the system which can cause the wires to overheat. Ultimately, this could start a fire if the circuit breaker doesn't trip first.

Part of the rewiring process involves a commercial electrician working with you to determine how much energy your business requires and then devising a system to supply enough power safely. The resulting setup will be more convenient, as you'll have handy and accessible outlets for everyone. Powerboards and extension cords are adequate for occasional use, but they've not intended as long-term solutions.

Reach out to a commercial electrician for more information. 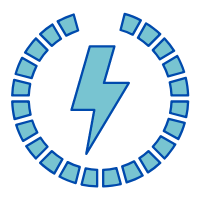 Have you ever wondered how electrical contractors so what they do? If so, please take some time to read this blog. We created this blog so we could help everyone to understand the different tasks which an electrical contractor can do. We will be looking at the training electricians undergo, how they can help to repair things around your home, and some of the ways you can assist them when you call them in to complete work in your home. We do not claim any special skills when it comes to this subject but we have done a tonne of research.